Curriculum Vitae: The Course of Life

Brendan served as the musical director of the Somerville Theatre's 2011 Summer Midnight Movie series and for its 2014 centennial celebration.

The midnight movie series was my introduction to the Somerville Theatre. It was a 15-minute pre-show featuring music, dance, & comedy for the Saturday late-night features in the summer of 2011. That first performance was the first time I'd been in a venue that was big enough to support the sound and volume of my amplifier. After the first gig, I was hooked and kept looking for more opportunities to play in that venue (see TimeStamp & Beck Song Reader). The sound in that place is amazing.

In 2014, Ian Judge, the creative director, asked me to lead the pit band for the theatre's centennial celebration. I put together a ten-piece band that supported the opening acts, overture, and pre-show.

The Somerville Theatre is a magical place. I've played a few sold-out performances and a few intimate engagements there; they've all been incredible experiences. 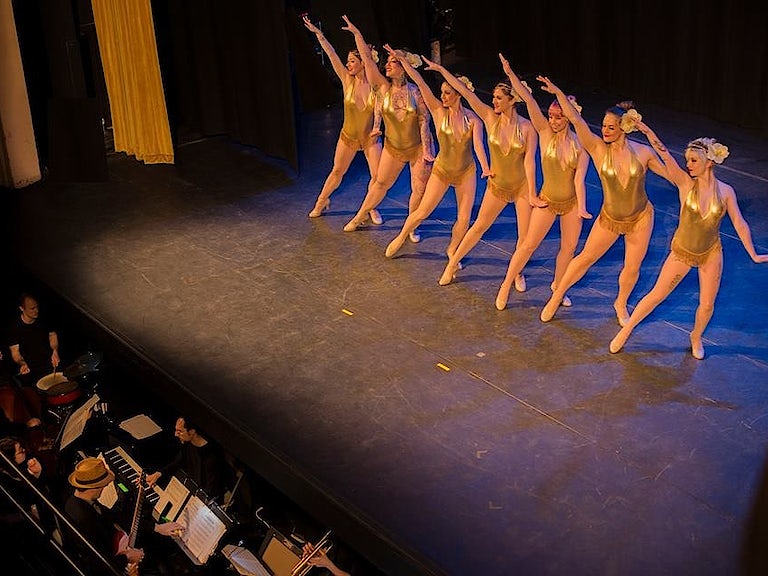